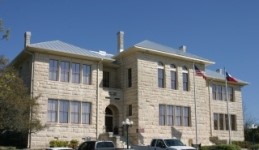 The City of Boerne was incorporated in 1909 and as with most small Texas towns, law enforcement was the responsibility of a city marshal and the local sheriff. Records from City Council meetings report Joe Saunders as the first city marshal on February 9, 1909. In 1911, Paul Menn succeeded Saunders and served until 1914. The city marshal post was continued until 1953, when an ordinance creating a chief of police and tax assessor collector was enacted. On April 13, 1953, F.O. Cole was appointed the first chief of police for the city.

The City of Boerne Police Department has had seven police chiefs since 1953. Click on the tab below to learn more about the previous chiefs. 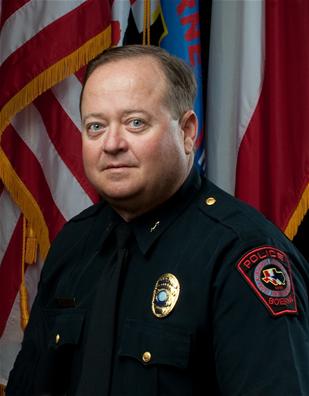 Jim Kohler was promoted to Chief of Police in 2011 after working his way up through the ranks of the department over the course of two decades. Kohler joined the Boerne Police Department in 1990 from the Hays County Sheriff's Office.

Walt Myers was appointed chief of police on May 28, 1984. Chief Myers also came to Boerne from Georgetown and worked with Chief Woods as a Boerne lieutenant. Chief Myers was instrumental in establishing a close working relationship between the Boerne Police Department and the Boerne Independent School District with programs such as McGruff the Crime Dog. 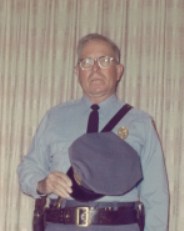 On May 13, 1957, Earl Buck was hired to replace Chief Holman. Chief Buck's salary was approved at $225 per month, and he continued the combined duties of chief of police and tax collector. Apparently the commission on tax collection was not part of Chief Buck's salary. Chief Buck was the Boerne Police Department to a majority of residents over the next 30 years. Teenagers kept Chief Buck busy during the 1960s and 1970s, and many of those teenagers, who are now in their 50s, still fondly recall their Earl Buck stories.

Chief Buck retired from the City of Boerne in 1982, but stepped down as chief in 1981. Emmett Shields filled the position on an interim basis until Donald Woods was appointed chief in September 1981. Chief Woods came to Boerne from Georgetown and served as chief until May 1984.

On May 9, 1955, Mr. L.M. Holman was hired to replace Chief Cole. Chief Holman was paid a salary of $400 per year plus 5% commission on taxes collected. He was also allowed to live in the Kulhman King historical house behind the city offices. Chief Holman supplied his own vehicle. According to City Council minutes from January 28, 1957, he complained to City Council about not having a place to put prisoners.

Chief Cole came to be known as "Bulldog." He also earned a second nickname, "Cherry Top," from the teenagers in Boerne, because he drove his own green Mercury with one red light mounted on the roof. Chief Cole was assisted in his duties by a night watchman, whose main purpose was to alert the Fire Department in case of fire. Geng Newton and S.L. Wood were two of the night watchmen at that time.

The night watchmen also checked doors on the downtown stores to make sure all was secure. Time clocks were hung on some of the doors, and the watchmen would insert a key to mark the time they had checked the building. Another important duty was turning the traffic lights on and off. Boerne boasted two traffic signals, one at Main and Theissen and another at Main and Blanco. At 6 a.m., Chief Cole would turn the lights on, and at 10 p.m., the night watchmen would turn them off.

Paul Menn, night watchman from 1911-1914, once discovered a burglary in progress at the Boerne State Bank one night. However, instead of capturing the suspects, Menn was captured by them. After getting tied up and having his mouth taped shut, Menn was dropped off at the city dump as the crooks made their getaway.

Most previous police activities involved juvenile mischief, with Halloween being a favorite night for such pranks. Many Boerne residents woke up to find their fence gates removed during the night and deposited on the front lawn of Boerne High School, the current Boerne Middle School North.

Cows became a part of the pranks on occasion. One poor cow was reportedly placed on the roof of Boerne High School by some enterprising youth and was discovered by school officials the next morning. Another unfortunate cow was fed an ample supply of laxatives and tied to the front door of the high school.

A search of the original docket from Boerne Corporation Court shows some examples of misdeeds handled by the marshals in the early days of Boerne:

Times have certainly changed, and time has brought many changes to the City of Boerne and the Boerne Police Department.