The history of the Boerne Fire Department starts at the beginning of the twentieth century and runs through to present day with each generation of firefighters serving their community with dedication and bravery. 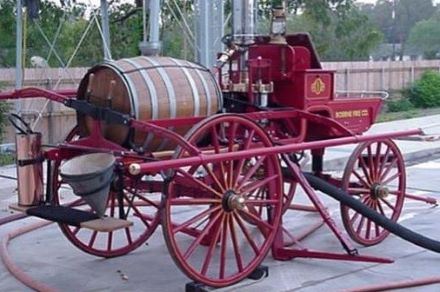 Founding of a Fire Station

In January 1903, a group of concerned citizens called a meeting to organize a permanent firefighting company, which they named the Boerne Volunteer Fire Company (BVFC). The group of citizens elected F.W. Homer as fire chief, George Zoeller as assistant fire chief, Bruno Wendler as secretary and H.J. Graham as treasurer.

Along with the chief and officers listed above, the citizens listed below were the original members of the Boerne Volunteer Fire Company. Each paid annual dues of one dollar to join.

By the end of the first month of its founding, the BVFC had received a donation of a fire bell from the Heursinger Hardware Company. They also purchased a hook and ladder wagon to be built by Mr. Harz of Boerne. By the end of February, the wagon was almost completed and the BVFC had purchased 26 fire buckets. A larger bell had also been ordered. By May, the bell had been installed at Homer's Livery Stable and the company had tested and accepted a fire engine.

The new engine was built by the Howe Engine Company of Cincinnati, Ohio. The engine is still in working order and in the possession of the Boerne Volunteer Fire Department, as well as the hook and ladder wagon mentioned earlier. The BVFC then borrowed $200 from H.J. Graham to pay for the engine in full in order to get a price discount.

Through the years, the Boerne Volunteer Fire Company became the Boerne Volunteer Fire Department. The original engine house site has moved to several locations but now resides a 726 North Main Street. The department currently has both paid and volunteer personnel, some of them descendants of the original founders. The membership maintains more than 10 firefighting trucks as well as various apparatus to handle any kind of emergency.

Today, as well as in the past, the Boerne Volunteer Fire Department engages in fundraising and social activities to help the community and raise money to operate the department. The one thread that has remained the same through the years, and will continue into the future, is the commitment of the Boerne Volunteer Fire Department to protecting our citizens. 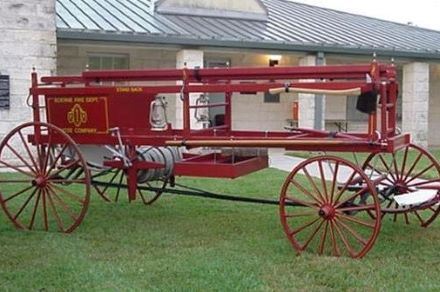 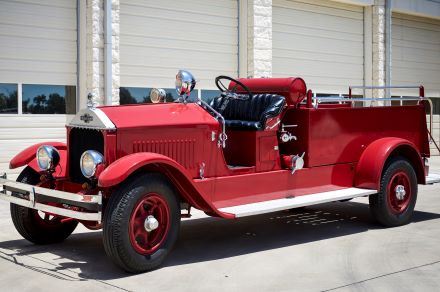