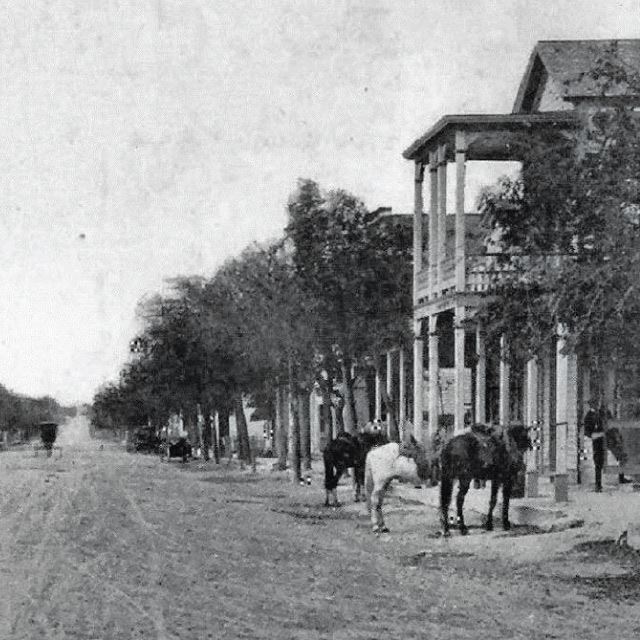 A Need For Expansion

Long before the beloved Hill Country Mile, the scenic Cibolo Center for Conservation, and the display of charming, historic buildings existed, Boerne was an undeveloped territory populated by Native Americans. In 1840, a Bexar County surveyor, named John James, ventured north of San Antonio into the Texas Hill Country and found what would eventually become the city of Boerne. This land was aesthetically beautiful, had a much cooler climate than the hot and flat San Antonio, and provided an abundance of water flowing through the Cibolo Creek.

John James teamed up with a man named Gustav Theissen, and together they platted Boerne in 1852. They named the town “Boerne” after a German author and publicist, Karl Ludwig Börne. He died in 1837, never having stepped foot on American soil. Boerne was platted in the part of the Texas Hill Country that would eventually be known as Kendall County, named after George Wilkins Kendall.

With the hope of new economic opportunities and freedoms, a German-based organization, known as the Adelsverein, eventually caught wind of this territory and initiated mass immigration. By the thousands, German and Prussian immigrants were finding their way to Texas, and hundreds of them quickly made their homes in Hill Country towns – including New Braunfels and Fredericksburg. The raw land in Boerne was purchased, made into individual lots, and put up for sale before there were any settlers.

The initial growth in Boerne was slow, but it became known for being a retreat with its healthy restorative properties and beautiful scenery. It was also in close proximity to an established Native-American trade route known as the Camino Veijo Trail. This route ran adjacently to Boerne, making it easy to access, and therefore improving Boerne’s exposure and status.

Early Boerne settlers created mud huts and shacks for themselves once their land was purchased, working their holdings and obtaining basic needs before ever thinking of constructing pretty rock buildings. A post office was established in 1856 with August Staffell as postmaster. By 1858, there were 10 wooden cabins in Boerne, and the Ye Kendall Inn was built just a year after that. In 1862, Boerne became the county seat of the newly formed Kendall County by a margin of only 67 votes. A courthouse was built in 1870 and is still in use, making it the second-oldest courthouse in Texas.

By 1870, Boerne had 250 citizens, and the Native-American presence in Kendall County was no longer a threat. This decade brought a new wave of British immigrants to the Texas Hill Country. Railroads were among one of the major promoters of Boerne, appealing to laborers and those seeking new economic opportunities, although it did not physically stop here until 1887 with the arrival of the San Antonio and Aransas Pass Railway.

By the turn of the century, Boerne had 800 citizens and was booming. Boerne residents voted to incorporate in 1909 and established a mayor-alderman form of city government. Also in that year, they established the Boerne Independent School District. The city continued to grow with the introduction of electricity and automobiles.

The years between the World Wars, however, were hard on Boerne. The Great Depression of the 1930s all but put an end to the tourism and cotton farming that had been staples of the local economy. The population fell from an estimated 2,000 in 1928 to 1,117 in 1931. It wasn’t until the 1960s that economic growth began in earnest once again, and it has since continued into the present-day Boerne.

In spite of the influx of different ethnic groups, the German cultural tradition has dominated the community in many ways. The Boerne Gesangverein, or singing society, was established in 1860 and was an important social and recreational organization until it disbanded in 1977. German community organizations still active include the Boerne Schuetzen Verein, a shooting club formed in 1864, and the Boerne Village Band, which was formed about the same time as the singing society. Boerne has also held an annual celebration, the Berges Fest, since 1967.