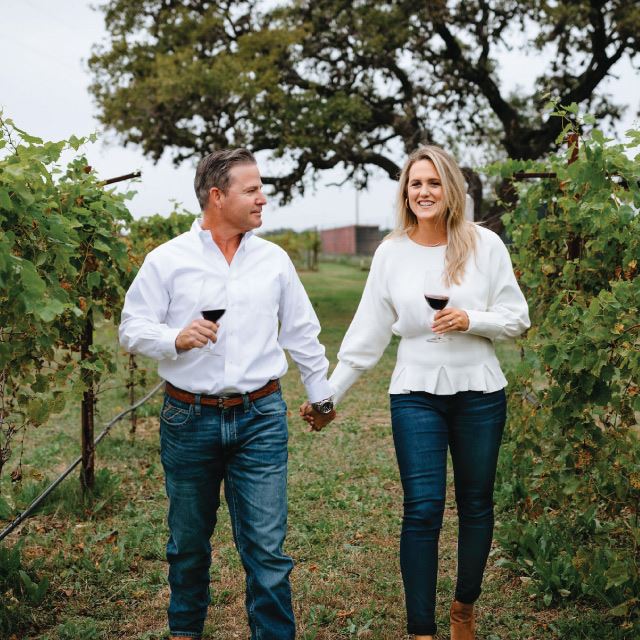 Boerne is the ideal “hub” during a visit to the Texas Hill Country because of its convenience to major airports, as well as its short distance to many other historic Texas towns. With the gorgeous summer and fall weather and a sunset that paints the Texas sky a vivid hue of orange, some people decide that they never want to leave! But if you are the adventurous type, here are some great day-trip ideas. Visit our Things to Do, Where to Shop, Where to Eat, and Where to Stay pages to find out how to make the most out of your dream getaway!

Comfort (20 minutes) is famously unincorporated, and that’s exactly how the locals like it! A large number of antique dealers, whimsical retail stores, wineries, and eclectic eateries make up the downtown district, where nearly every building is on the National Register of Historic Places. This “Haven in the Hills” runs at a much slower pace than many of its bigger neighbors. Don’t miss the chance to see three million Mexican free-tailed bats emerge nightly at the Old Tunnel State Park (May-Oct; 866-978-2287 for the schedule) located between Comfort and Fredericksburg on Old San Antonio Road.

Fredericksburg (45 minutes) is a German-heritage town that is home to many national museums and attractions including the National Museum of the Pacific War, the Lyndon B. Johnson National Historic Park and LBJ State Park. Luckenbach Texas— the no-stoplight town that Willie and Waylon and the boys made famous—is just down the road. There are also dozens of wineries and art galleries in the area, and many monthly events and festivals—many of which celebrate German heritage. Catch an all-ages appropriate show at the Rockbox Theater, where professional Branson-type entertainment “wows” audiences at every performance. And a trip to Fredericksburg isn’t complete without a visit to the Wildseed Farms, a working wildflower farm where visitors can walk among the crops and take the pictures of a lifetime!

Kerrville (30 minutes) sits along the banks of the Guadalupe River, which meanders its way through the middle of town. Kerrville has a great walk-able downtown area with a vibrant cultural and art scene, where you will find many of the retail stores, art galleries and restaurants. The Museum of Western Art and The Kerr Arts and Cultural Center are popular with art patrons and other great activities during the warmer months including kayaking, birding, tubing, and more. Make your way a few miles up the road to Ingram, where there is a working artists’ colony along the banks of the Guadalupe River. While you’re there, check out their very own Stonehenge II—a life-sized replica of the original one—which sits on the grounds of Ingram’s Point Theater.

Historic Camp Verde (45 minutes from Boerne) was the 1854 site of Secretary of War Jefferson Davis’ “Texas Camel Experiment”. The camel was chosen for its ability to withstand Texas heat and arid conditions. Robert E. Lee was said to have laid out the grounds for Camp Verde, including the officer’s quarters and the camel pens. While the camels were well-suited to the region, their unpleasant disposition eventually got them fired! When the Civil War broke out, the camel experiment was abandoned. Even then, the Camp Verde General Store was open to offer goods and services to soldiers stationed at Fort Verde, and it has continued in operation (as a post office, community center and other incarnations) ever since. The present-day two-story Southern colonial stone structure was built in 1900, after the original building was swept away in a flood. The space offers a spectacular outdoor patio, casual dining, fabulous shopping, and a great place to spend the day. Located mid-way between Kerrville and Bandera on Highway 173.

Sisterdale (15 minutes from Boerne) was one of the centers of German abolitionism and Unionism before and during the Civil War. After the conflict, it became a quiet Hill Country hamlet. It still remains unincorporated, but several businesses have set up shop there in recent years. The popular Sister Creek Winery which is a great place to sample some Texas Hill Country wines and take some back home with you. The Marlowe Candle Company offers the perfect wax blends, scents and wicks to produce some of the finest candles in the area. Sisterdale Dance Hall is a great place to book weddings, events and other celebrations, and the Sisterdale Saloon is on hand to help you quench your thirst on a hot, Texas afternoon.

Bandera (30 minutes from Boerne) is the self-proclaimed “Cowboy Capitol of the World” and is a throwback to the days of the Old West. The town was founded by Roman Catholic immigrants from Poland, whose St. Stanislaus Catholic Church remains one of the oldest in the state. Bandera was the starting point of the Great Western Cattle Trail during the second half of the 19th century. Today, the town is known for its abundance of “dude ranches” and saloons, as well as shopping and dining along Main Street. Arkey Blue’s Silver Dollar is a famous local honky-tonk, and it is the former home of singer Robert Earl Keen, and brothers Bruce and Charlie Robison.